Apparently, there’s a Rapture of sorts around the bend, May 21st, I believe. Now, I’m not gonna jump on that bandwagon—I’m sticking fast to my belief that 2012 is it because those Christians don’t have anything on those Mayans.

Anyway, here’s the deal: The Rapture is when all the chosen folk get their early exit to Heaven, which I just like to think of as a little population control, aka the most Annoying People exiting the planet, so the rest of us can get on with it and have some peace and fun whilst not listening to them prattle on about how marriage is a union between a man and a woman only and that abortions are murder. 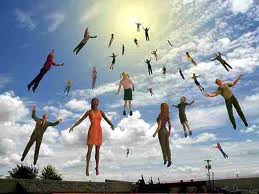 A lot of fucking annoying people leaving the planet.

Here’s a crash course on the Signs of the End: False Prophets, War, Starvation, Earthquakes, Persecutions and Tortures, and Lawlessness. I’m pretty sure most of these things have plagued humankind from the very start of time—hell, even plagued the dinosaurs for all that matter (suck on that, Creationists)—but for some reason, the Rapture folks think this is gonna culminate on May 21, including a very large earthquake in L.A.

Also, the Man himself, Jesus, is supposed to make an appearance on May 21 to take all the righteous folk back to Heaven with him. I found a handy, and I’m sure absolutely authoritative blog, judgmentday2011.com, to help explain it all to me:

“Jesus himself will return to Earth on May 21 per God’s will in order to restore the spiritual world back to a stable level.

Second Coming of Jesus Christ on May 21 2011. The Book of Revelations says that there will be some very difficult times ahead for those who are left on Earth until the end of the world on October 21 of this year. I, and likely you reading, will be among the lucky ones who are able to be saved when Jesus returns to earth for the second time ever.” 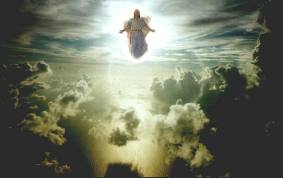 Jesus came back. And stole my hot rod.

Anyway, for those of you expecting fire and brimstone and dogs fucking cats, and vice versa, on May 21, I figured I’d do a little list of stuff I’m hoping the Rapture will bring:

1. The First One to go is Sarah Palin. 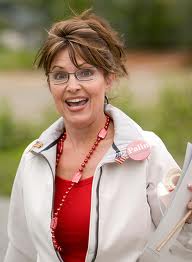 Yeeeeeooooowwwwww! Jesus, can I bring my shotgun?

2. Star Jones will eat her own head.

3. Exxon Mobil’s headquarters explodes and a giant moneyball blows up and fills the sky with hundred-dollar bills, ya’ all. Us sinners hire the Outkast to play a major show in Central Park.

4. Donald Trump will announce that he’s running for president. 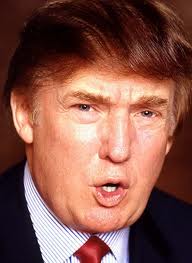 End of days or no, Obama is still your better option.

5. Miller Lite promises that its beer will taste great and be less filling. And it actually happens.

6. Apparently, the Rapture turned up early for this guy. When it hits, feel free to drop trou, but please keep your highly racist and offensive remarks to yourself, so that others around you can enjoy their Rapture experience as well.

8. Due to reduced traffic on the LIE and the LIRR, New Yorkers are able to make it to the beach in less than two hours on Friday afternoons all summer long. Yippy! 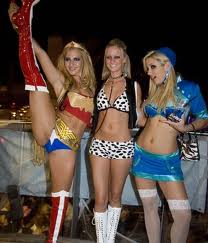 Fuck, I was gonna be Wonder Woman.

10. Earth is finally evacuated, leaving only the members of the Jersey Shore to fight and fuck themselves. Even hell doesn’t want those assholes.

'Paris, you got any of that Valtrex left?'

What do you think is gonna happen? 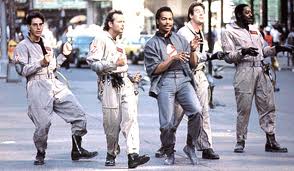 I feel like we already covered this in 'Ghostbusters,' circa . Now, who you gonna call?