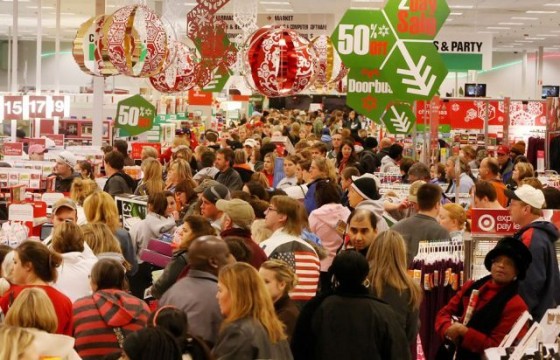 I had the pleasure of having a couple New York friends in town over the last couple weeks. And they both asked me why I don’t write on Evil Molly anymore.

I realize it’s been over six months (six months!) since my last post on the summertime wonders of indoor water parks. The truth is, there are several reasons, which are more like the sad, pitiful excuses of a lazy-ass American: A lot of it is burnout, writer’s block, not having enough adventure time and so forth.

But, as a book I recently read on dharma told me: “If you bring forth what is within you it will save you. If you do not, it will destroy you.” That is some heavy shit. What is my dharma, probably the only thing that is hardest yet brings me the most joy? Writing. And I have been ignoring my dharma. And, much like Justin Bieber on a Brazilian bender, it has been wreaking its karmic revenge.

The truth is the last half of this year has been some heavy shit: relationship woes, late 30s woman baby-making issues (oh, boy, is that a fucking fun ride, about as fun-sounding as menopause), a bumpy path in career decisions–every path has seemed like the path of the most resistance, covered in broken glass and Sarah McLachlan-abused-puppy commercials. This Winter Solstice day I feel tired, wretched, fed up and pretty much like I’m wasting my life away on meaningless shit.

Welcome to the Christmas season.

I think a lot of this time of year brings forth, a final pounding crescendo if you will, your year’s accomplishments, pressures and problems into one shitstorm of pressured happy good time holiday feelings. If you’re not dealing with the guilt to spend hundreds of dollars and precious few vacation hours to go sit with family, then perhaps your kids are hounding you for a new gaming system. Since I don’t play video games, I have no idea what this year’s release is, but I’m sure it’s some barely updated piece of plastic shit you bought them last year, so there you go. Last Christmas I watched my boyfriend’s extended family open their Kindles and gadgets and smartphones in a fury, the conversation then came to a screeching halt, while everyone shut down and hunkered over their screens. It was probably one of the most depressing displays of humanity I’ve seen yet.

If the end of this year has somewhat got you down–and that’s a perfectly natural way to feel (it’s 4:16 p.m. and the sun is already setting here…Welcome, Dark Lord, Seasonal Affective Disorder)–why wait til New Year’s to take stock of all the wonderful, life-affirming, little things you did and learned this year? Here are a few things that make me feel better already:

1. We finally shut off the cable. I had full intentions of not having cable when I moved to Seattle. Then, of course, the Evil Empire known as Comcast (one of the WORST companies in the world, as far as I’m concerned) basically told me that it would nearly cost as much to have internet and phone alone as it would to bundle that all up into a neat little package of $99 a month. Well, after an introductory period, $99 turns to $150, then to $160 and so forth. It keeps creeping up. And while I love my ‘Real Housewives’ and ‘Fashion Police,’ they’re hardly worth nearly $200 a month. The combination of Brian’s daughter watching TV all the time and my last three-hour bout with Comcast on the phone finally pissed me off enough to cut the cord. I can say we’ve been happily cable-free for nearly nine months, and I don’t feel like I’m missing a thing.

2. I quit my stupid gym and tried something new. I grew up outdoors and played sports all my high school life, so this year marks the 20th anniversary of taking care of my own physical fitness regime. I feel like I am down to try almost anything, but there are a couple things I’ve learned over the past two decades: I hate exercising on machines, and while I have my cardio discipline down, I need someone to yell at me and tell me what to do on lifting weights. There’s a Cross Fit studio a few blocks from my house. I finally tried it. I like it. It’s not a cult. It’s fucking hard (but not too hard), and everyone makes you feel positive and like every action is doable. Pushups are now the easiest part of the workout for me. And I fucking hate pushups.

3. I joined Air BnB. A friend of mine has been doing this successfully for years in NYC and I’ve always wanted to give it a try. This past summer I finally did it. I figured I’d get one or two people a month, and it would be a nice supplement to offset my rent. From the moment I posted, I got three requests within an hour. That was July. I was basically fully booked until the end of October, with a few stragglers here and there for the low season. It paid my rent for a few months, which allowed me to pay off a student loan. People always ask, “Do you get any weirdos? Is it creepy to have someone in your house? Do they steal stuff?” While we’ve really only had one guest we weren’t wild about, everyone has been right cool in their own way. No one’s stolen or destroyed anything. In fact, it’s been downright fun at times. We’ve met and made friends with people who live all over the world–it’s almost like traveling in your own home–including one guy who really taught me something about how to approach life. (More on that later).

4. I’ve met a lot of rad new people I didn’t know a year ago. Sure, it’s great to work at home, but that first year in Seattle I didn’t meet many new people. Now, my network is easily three times as strong, and I’m extremely lucky to work with talented people who make me laugh all day long.

5. And I’ve met a lot of strangers who have really taught me a thing or two…If there’s one word I would use to sum up this year, it would probably be frustration. Frustration nation, kids. But nobody ever learned anything from smooth sailing all the time. Just take a gander at anybody who’s never had any real barriers in life and has always pretty much gotten what they wanted. There are particularly three people who were albeit brief presences in life who taught me valuable lifelong lessons.

Our second Air BnB guest, Willie, was a visiting professor from Germany. This guy showed up, all smiles and curiosity. I usually just give folks the house tour, hand over the keys and that’s that. But Willie wanted to see the neighborhood, so he went with me when I walked the dog. And we walked and walked on a warm July night all over the place, had a beer, some pizza and sushi. Willie became a fast friend to both Brian and I, and he showed us some good stuff: One, he was always optimistic and curious about life, and had an appetite for exploring the Great American West, often embarking on long roadtrips and adventures. Two, he had very little disregard for money. “If we wanted to be rich and just make money, we could set our focus on that. But that’s not really what makes people in life,” he once told me. And three, Willie could have fun just about doing anything. That German loved to party.

This second guy, Ed, really made the comeback of the year as far as I’m concerned, proving that anyone, at any time in life, can make a change for the better. I met him while traveling. He had just lost his wife and was recovering from some pretty serious health problems. Ed not only resolved to lose weight, exercise more to recover from health problems, but to move forward and continue to enjoy everything in life, wide-eyed, bushy-tailed and ready for more. He was in his 80s. If someone in their 80s can overcome all that and rebound in such a damn inspiring way, then we all can.

The third lady was a random we met while surfing on the Oregon Coast. Now that day was pretty rowdy wave-wise. I’m a novice surfer at best, but I’m usually pretty decent at getting up on the board. That day, my first go at cold-water surfing, I just could not time it right. I had a problem finding a decent wave break and then I just could not get up. After about an hour and a half of this, I came back to the beach, stripped off my wetsuit, and hunkered down by the bonfire. Linda was sitting behind our group, I’d say a lady in her late 50s who had driven from Portland (she says she does it at least once a week, maybe twice if she can swing it) to surf. Linda, enjoying her red wine after her surf session was all sparkly eyes and cool chill–this is the lady you want to be when you turn 50. When the guys went back to surf, she asked me, “Why aren’t you out there?” When I told her I’d given up on the day, she said, “Ah, they’re not all gonna be great. Just think of it as a training day.”

So that’s what I’m taking out of this year. When it gets rugged out there, just think of it as a training day. At the end of 2013, I can do more pushups, have a stronger personal network, and a new German friend who also happens to have a lake house in Italy. And that ain’t half bad.