Every now and again, some jackass will post an “inspirational” type piece on writing. These so-called pieces of writerly wisdomisms usually include such nuggets as quotes from Mark Twain or Oscar Wilde or Dorothy Parker and basically give you the same no-shit Sherlock advice that your fucking sophomore-year, creative-writing TA did.

And may I say, I’m here to officially ask for it to stop.

This week, our clichéd “how to write” piece comes from none other than McSweeney’s, that Dave Eggers’ vehicle of all that is twee and precocious and politically correct in this world. Reading McSweeney’s is like being skull-fucked by a thousand mewing kittens, all picking at your eyeballs with their tiny, precious claws. It’s the same reason I hate Pitchfork. I don’t care if the new Fiona Apple single reminds you of that time you had an organic potpie in Michigan while roadtripping with your friends on the way to the Womyn festival. I just fucking don’t. 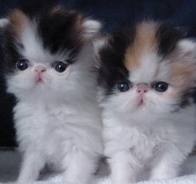 We have come to claw your brains out with our witty banter and unorthodox use of our advanced vocabulary.

And so, as an official call to end these types of tripe from ever seeing the lights of Internet again, I’m going to be a complete hypocrite and put up my own rules of fucking writing. And no, this isn’t from your TA who’s making $12,000 a year trying to get their book of post-post-feminist-freegan collection of poetry about unicycles published. This is from someone who actually does this shit for a living.

You know that rule about writing every day? Fucking don’t. Unless you are someone like Stephen King, or any of the others enjoying their idyllic writerly existence, who can get up every morning, pound on the keyboards for four or five hours or so, then enjoy afternoons of leisurely sojourns and refreshments, you are probably like everyone else who tries to write and has a day job.

Writing when you have a fucking day job is fucking hard. Like crazy hard. Especially if your day job is sitting in front of a computer all day. The last thing in the world I want to do at the end of an 8 to 10 hour stretch in front of a computer fixing other people’s writing is fucking write. For anyone who does work the day job and has a family and still manages to crank out a few hours after the kids go to bed? You deserve a fucking medal. But I still don’t want to hear about it at your backyard barbecue. I get it, you’re awesome and disciplined. And I’m not.

Look, writing is a chore, a tough gig, a pain in the ass. It’s a JOB. Even Joan Didion said, and I paraphrase, “My favorite part of writing is not writing. It’s when I’m finished.” You know that blissful glow you get when you know you’ve finished something good? Yeah, that’s why we do it. So be reasonable. Get yourself a schedule and try to stick to it—and like everything else—take breaks from it. So don’t beat yourself up for taking one. And don’t make anyone make you feel lesser because you step outside and enjoy nature once in a while. That is crucial to the creative process too.

Don’t be a pussy. You know how many writers are pussies? Lots. Let’s just say don’t be a prima donna, don’t be an asshole and respect everyone you work with, and you should get along fine. Martyr Moment: I once cranked out a piece on deadline after I’d spent 10 hours in the emergency room and came home with my left arm in a full cast. I pecked that 600 words out one-handed. I knew I could call it in sick and miss the deadline. I also knew that would probably be my last shot writing for that publication. It took me four hours and it sucked. But that’s what professionals do. Life is hard. Writing for a living is even harder. Suck it up.

Don’t write under the influence of substances. Repeat: You are not Hunter S. Thompson. You are not Bukowski. No one cares about your trip on ’schrooms. Moving on…

Obey traffic signals and rules. Editors ask for what they need with the rules and stipulations in place for a reason—don’t get all “creative” and add an extra 1,000 words because you were “on a roll” and “there’s some really great quotes here.” No one cares. Follow the rules and everyone wins. As someone once said, if you have no interest in making a living at this, save that fucking shit for your journal.

Carry a notebook everywhere you go. Take notes. It’s crucial to keeping info handy. You will forget that awesome quote you just heard from that crack whore in Tompkins Square Park.

Hang out with people you normally wouldn’t hang out with. One of the biggest mistakes writers make is only hanging out with other writers. This is an incredibly masturbatory practice that may make you the hero of your book club, but it ain’t gonna help generate any new kinds of stories. New people and dialogue will only help your writing. Get out of your comfort zone.

The same can be said for trying new shit all the time.

Read selectively and be smart about how you spend your time consuming other writing. I don’t finish books just because they are there. Period. If I’m not digging something by chapter two or so, I pitch it. Guess what? I’ve done my due diligence in high school and college—and even forced myself to read some shit because it was supposed to be THE SHIT (Franzen and Eugenides, I’m staring right at ya), but time is precious and life is short. Reading is ultimately recreation, and if you’re not enjoying something or learning something PUT IT DOWN. There’s tons else to read.

Learn to use other forms to tell stories. In this multimedia age of ours, there are so many ways and mediums to convey a great story—video, podcasts, cartoons, etc. Get out there and learn how to do some of this other shit. Integrate it into your storytelling. It’s more fun for you—and it’s certainly more fun for the reader.

Make reasonable goals. As in, “I’m gonna have that e-book loaded on Amazon by September,” or “I’m going to come up with at least three new story ideas this week.” Writing is not about plugging along and only writing. It’s about other shit, too.

Now fuck off. I need a drink.