Are you ever just kicking it down the street, minding your own sweet bizness, drinking your coffee, bopping along to Lisa Lisa and Cult Jam then get a shot of a memory and go, “I used to fuck that guy?”

The other night, I was re-watching Chasing Amy—ah, the ’90s, Jason Lee had hair, you could smoke in bars, haircuts, makeup and shoes were flat and clunky—and I saw Ben Affleck in all his pre-Oscar glory. And I thought, “Wow, that guy’s been through the ringer…he used to date J-Lo for fuck’s sake.”

And so, I present a list of celebs who Used To Do It. Ready for this walk down memory lane? Let’s go!

• Let’s start with Bennifer—quite possibly the worst celeb hook-up/mash-up name of all time. Amid a frenzy circa the early ’oughts, somehow the world’s flattest, most boring white man (other than Tiger Woods) found America’s Rom-Com Sweetheart Who Isn’t White and they became a Power Celebrity Couple. Despite J-Lo’s damaged-goods status coming off a Puff Daddy/P. Diddy/Sean Dildo relationship, it was all a go—until Affleck got busted for going to a Vancouver “all-nude” strip club. It was about this same time that I came across one Mr. Ex J-Lo, Cris Judd, stood across from him and literally thought, “What’d she see in him? I wouldn’t fuck him.” There’s a Gigli joke in here somewhere. I’m just too lazy to write it.

'My Love Don't Cost a Thing' except a big-ass engagement ring.

• Sean Penn and Madonna. Holy cow, where do I start? In the midst of the ’80s Hollywood and Pop Music scene it was only a matter of time until these two scorching hot, blonde egomaniacs found one another. I remember as a wee lass watching SNL when Madonna hosted as she explained the media frenzy surrounding their nuptials, which were held on some sort of cliff somewhere, and she kept making not-funny potato salad jokes. Directors everywhere should have heeded this message—the woman cannot act, and even I, as a sheltered child, realized that this episode of SNL would not be funny. Penn and Madonna made it a whole four years before splitsville because apparently Penn is a wife-beater? WTF, Sean! And now you’re banging someone half your age in Scar-Jo? And I’m still trying to come to terms with the fact that Madonna once fucked Prince during the ’80s—that shit blows my mind. 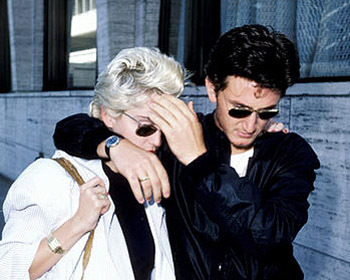 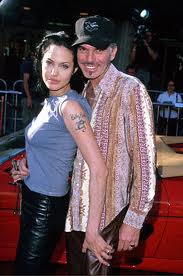 'We did it in the limo on the way over.' Remember that one? Memories.

• As long as we’re on it, let’s go Brad Pitt and Gwyneth Paltrow—can you imagine two more perfect, statuesque, blindingly beautiful people doing it? Neither can I.

That whole brother-sister banging in 'Game of Thrones' is beginning to make more sense to me.

• Justin Timberlake and Britney Spears…Oh, baby. You know when you write an entire fucking hit album based off telling your Ex off—and definitely calling her out on her whole virginity scam—that is one scorned loverman. The thing that gets me about this coupling is that it was Britney who cheated on Justin. Yep, guess who won?

I'm surprised anyone fucked these two after these outfits. 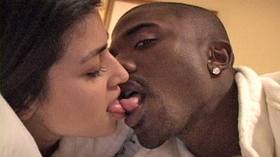 OMFG, totally did not remember that THIS happened.

• Hugh Hefner and Crystal Harris. Well, actually, I’m willing to bet money that they never actually did it, but what the fuck. I need the trending Google search hits.

• Anthony Weiner and his super-smoking, whip-smart wife Huma Abedin. They used to do it…I’m guessing no more.

Stroke me, stroke me!