Hey, you there! Yes, I’m back after a few months. There are many reasons I’ve been gone so long, but perhaps the most recent—and worst—is the fact that I had mono.

Mono is the fucking worst. The. Worst. Well, the worst of the stuff that eventually goes away. I’m not saying it comes close to anything considered serious, but work with me, people. After weathering the worst physical breakdown I’ve ever had—chills, wild temperature swings, fevers and night sweats, vomiting, a sore throat that felt like swallowing razor blades, not sleeping more than an hour at a time, etc., for weeks on end—I had a few revelations while I was down and out. 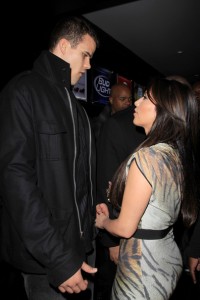 I'm at a loss as to who would don the "I'm with Stupid" T-shirt.

Hey, I’m better, bitter as ever and hungry for some more trash talk. It’s good to be back.